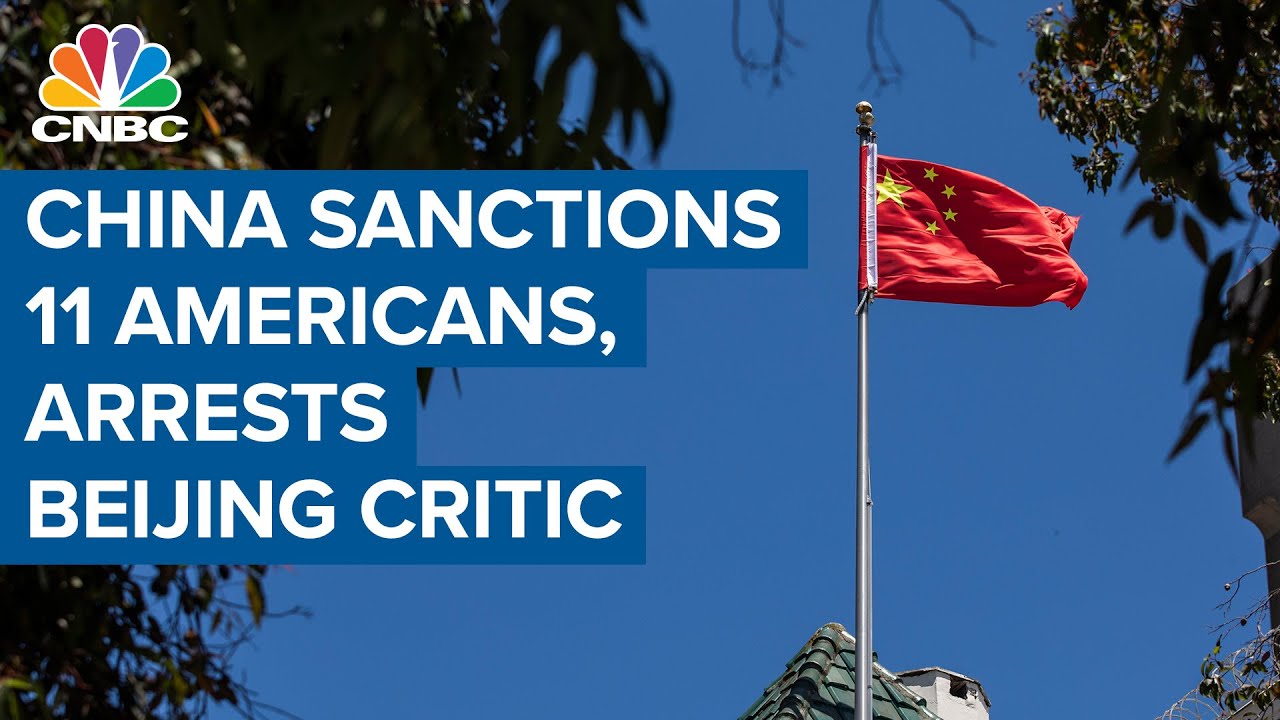 CNBC’s Eunice Yoon reports on rising U.S.-China tensions as sanctions are imposed on 11 Americans and two critics of the Chinese government are arrested. For access to live and exclusive video from CNBC subscribe to CNBC PRO:

Hong Kong authorities broadened their enforcement of a new national security law on Monday, arresting media tycoon Jimmy Lai, searching the headquarters of his Next Digital group and carting away boxes of what they said was evidence.

In the evening, police also arrested prominent pro-democracy activist Agnes Chow Ting at her home, according to a tweet by fellow activist Nathan Law, who is currently in Britain. A post on Chow’s official Facebook page said police had arrived at her home and that her lawyers were rushing to the scene.

Two days after Chinese and Hong Kong officials shrugged off sanctions imposed on them by the U.S., the moves showed China’s determination to enforce the new law and curb dissent in the semi-autonomous city after months of massive pro-democracy demonstrations last year.

Lai’s arrest and the search of his Next Digital group marked the first time the law was used against news media, stoking fears that authorities are suppressing press freedom. Next Digital operates Apple Daily, a feisty pro-democracy tabloid that often condemns China’s Communist Party-led government.

Apple Daily’s popularity stems from its celebrity news and flamboyant stories, but it is also known for investigative reporting and breaking news coverage. It has frequently urged readers to take part in pro-democracy protests,

On July 1 it condemned the new national security law on its front page, calling it “the final nail in the coffin” for the “one country, two systems” framework under which the former British colony has been able to enjoy civil liberties not seen in mainland China after it reverted to Chinese rule in 1997.

The arrests of Lai and Chow came as Beijing announced sanctions on 11 Americans, including six members of Congress, in an escalating battle between the two nations over technology, security, trade and human rights. And in Chinese-claimed Taiwan, U.S. Health and Human Services Secretary Alex Azar became the highest-ranking American official to visit since 1979, further straining U.S.-China relations.

Hong Kong police arrested Lai on Monday morning, an aide to the businessman said, in the highest-profile detention under the new law since it took effect on June 30. Lai, 71, is an outspoken pro-democracy figure who regularly criticizes China’s authoritarian rule and Hong Kong’s government.

Mark Simon, a Next Digital executive and Lai’s aide, said Lai was charged with collusion with foreign powers. He said police searched the homes of Lai and his son and detained several other members of the media company.

Hong Kong police said they arrested at least nine people between the ages of 23 and 72 on suspicion of violating the new security law, with offenses including collusion with a foreign country and conspiracy to defraud. They did not release the names of those arrested or provide further details of the charges.

Following Lai’s arrest, about 200 police raided Next Digital’s headquarters, cordoning off the area, searching desks and at times getting into heated exchanges with staff. What police were looking for in the building wasn’t clear, although they later said they took away 25 boxes of evidence for processing.

Lai, who was arrested at his mansion in Kowloon in the morning, was also brought to the headquarters of Next Digital, where he remained for about two and a half hours before police took him away in a car.

Turn to CNBC TV for the latest stock market news and analysis. From market futures to live price updates CNBC is the leader in business news worldwide.

For info on the best credit cards go to CNBC Select: