If you’re like most women, you wear black because you’ve been told it makes you look slimmer. But you could be aging yourself by wearing this color!

Black was originally worn only during times of mourning since it represents death and loss in most Western cultures.

It was then made popular in the 1920s by the fashion designer Coco Chanel when she introduced the little black dress—a fashion statement that was versatile, affordable, and accessible to the widest market possible.

Why black? It was believed to be a neutral color.

Well, if Coco Chanel knew how successful she would be in convincing women this was true, she would be amazed.

Since the little black dress hit the market, a lot of myths have sprung up in the fashion world about wearing the color black:

It makes you look thinner. Everyone looks good in it. It frames your silhouette. It goes with everything.

Let’s take each of those myths about the color black and what it could be doing to your appearance:

Everyone looks good in it. It actually ages most women! Putting on a stark, still, black shirt will considerably amplify your facial lines, redness, and skin texture.

It frames your silhouette. Black is such a dark color that many women feel “safe” wearing it. But hiding your figure behind black can have the reverse effect on your personal energy and confidence.

It goes with everything. Despite what we’ve been told, black is not a neutral color! When wearing black, it often takes over and prevents a harmonized, balanced look.

Interestingly, there is only one Type of woman that looks stunning in black. Carol is a great example of this. 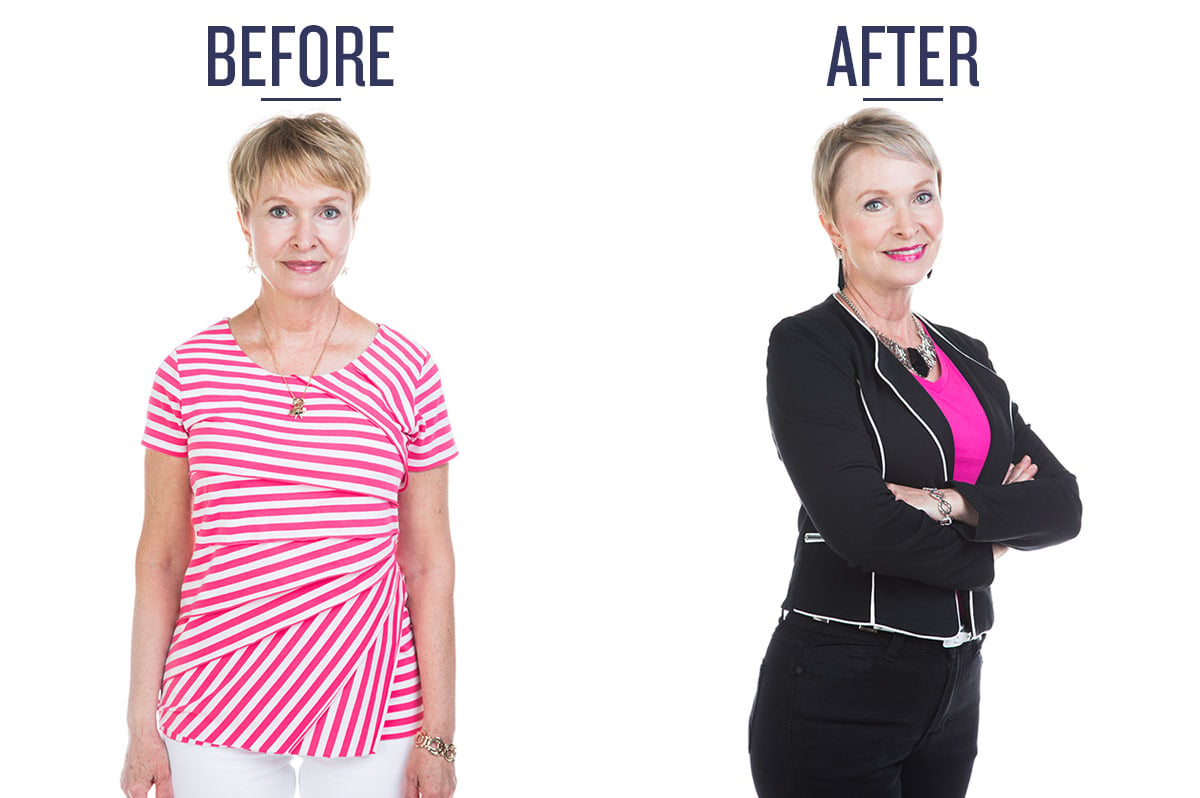 Carol is a bold, Type 4 woman. She has porcelain skin and sculpted, symmetrical features. She has a very erect posture that comes to her naturally. Due to the stillness of Carol’s movement, she can pull off the color black because it’s a still color itself. Plus, she looks amazing while doing so.

But this is not true for most women!

Nathalie, a bright & animated Type 1 woman, shows this to be true. 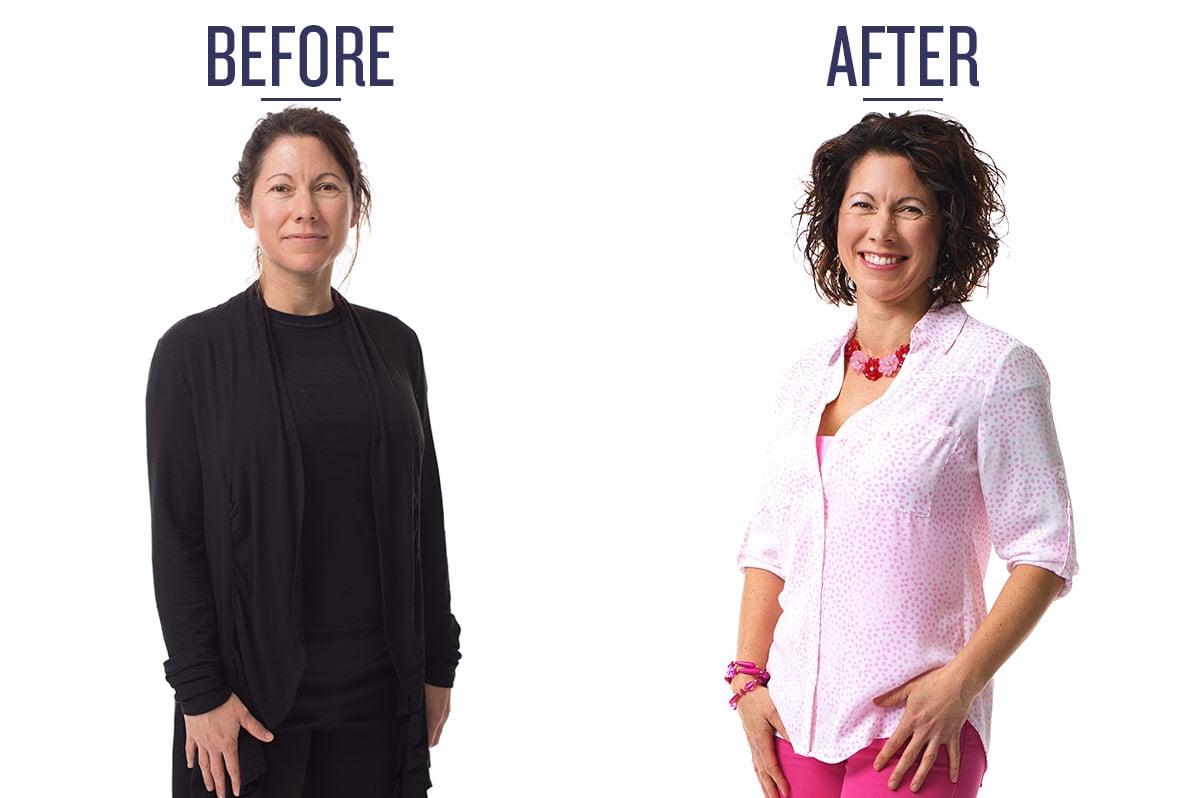 In her Before image, the black makes Nathalie look tired—and it ages her skin and facial features. Black is a still color, and her natural movement is high and bouncy. Black doesn’t work with her energy! Now look at her After image. Those bright tints and animated shapes lighten her up and bring our her natural youth. She looks fresh, happy, and vibrant.

Telling the truth about the color black and what it does to your appearance can be startling due to the numerous articles of black clothing you own.

If black doesn’t look best on you, what are you supposed to do next?

Giving up your black clothes leaves a lot of women in turmoil. “I won’t know what to wear if I can’t wear my black!”

Thousands of women around the world have given up their black clothes because they have discovered they are a Type of woman who doesn’t look good (or feel good) while wearing it!

The world is filled with beautiful colors, just waiting to be experienced by you. Once you bring color alive in your wardrobe, you’ll be saying, “I can’t believe I used to love the color black! I don’t miss it at all.”

Take this free Dressing Your Truth Before & After course to discover which Type of woman you are.

Enjoy these resources as you discover your Type of beauty:

Can a seizure kill you

Is brown sugar good for diabetics

How i knew i had lymphoma

What colors make you look skinny

Can you dry scoop creatine

how to save slideshow on iphone photos

Can I Just Buy A Router And Have Wifi (Internet)? [EXPLAINED] | Tech User&39s Guide

About Canon RF Lenses and the RF Mount

Would This Fake Window Fool You? – I Like To Make Stuff

Shih Tzu and Pomeranian Mix: Everything You Need to Know

Can a seizure kill you

Is brown sugar good for diabetics

How i knew i had lymphoma

What colors make you look skinny

Can you dry scoop creatine

How to Prevent a Hernia – Northeast Georgia Health System

What is kesimpta used for

Does black make you look slimmer