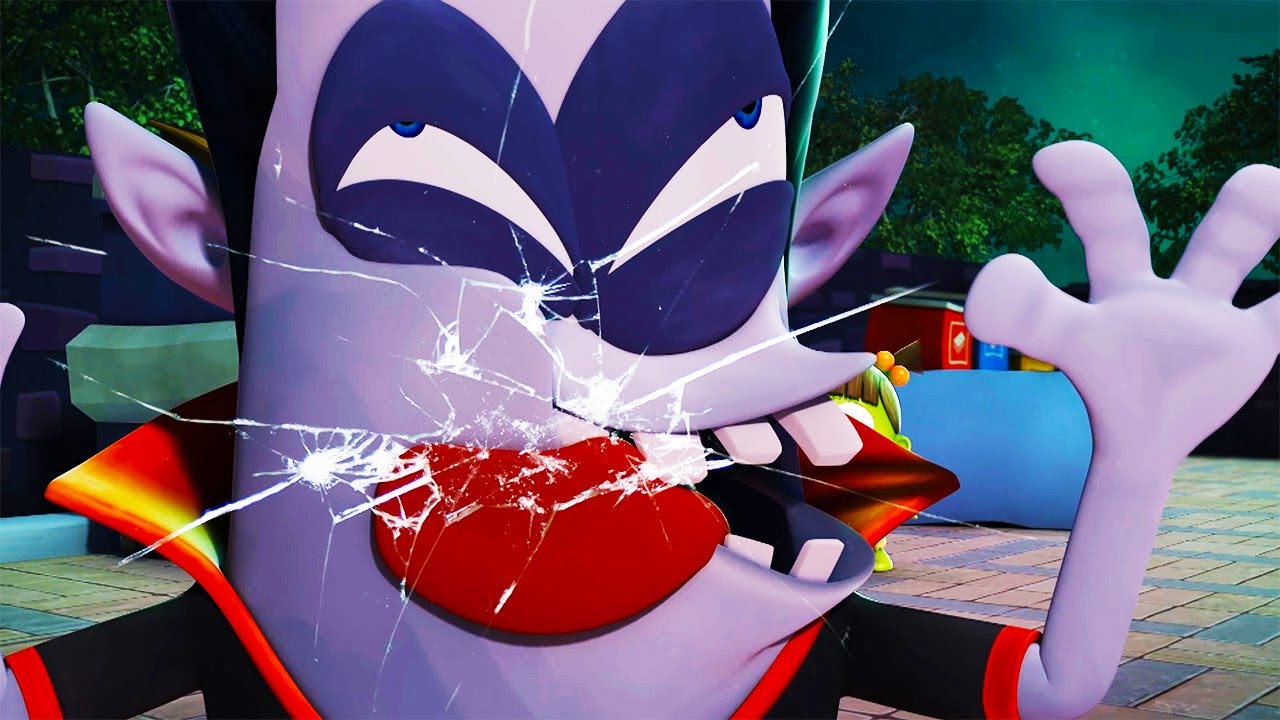 Spookiz 스푸키즈 is a Keyring animation, which follows the lives of Cula, Frankie and all their friends whilst at school.

Cula is a descendant of a royal Dracula family. He may seem cold-blooded and evil, but he actually wants to get close to others and become their friends. He has OCD and a complete neat freak! You may see him and his sidekick KongKong get up to no good, but he’s a good soul really!

Kebi is a free-minded soul and isn’t one to stick to rules and formality. He’s constantly energetic and bubbly and loves to tease Cula as much as he can. It is a friendly rivalry though as they truly are best buddies!

KongKong is Cula’s sidekick KongKong is best described as weak to the strong and strong to the weak. He’s very self conscious about his short height but by listening and trusting in Cula he feels safe and comforted.

Zizi shows gives off a stinking odour but she does not realise it. Body parts (mainly her head) often fall apart off her body, but are always easily placed back together on her. She has a secret crush on Cula and dreams of being with him always. She’s incredibly shy around him and doesn’t like anyone to know this.